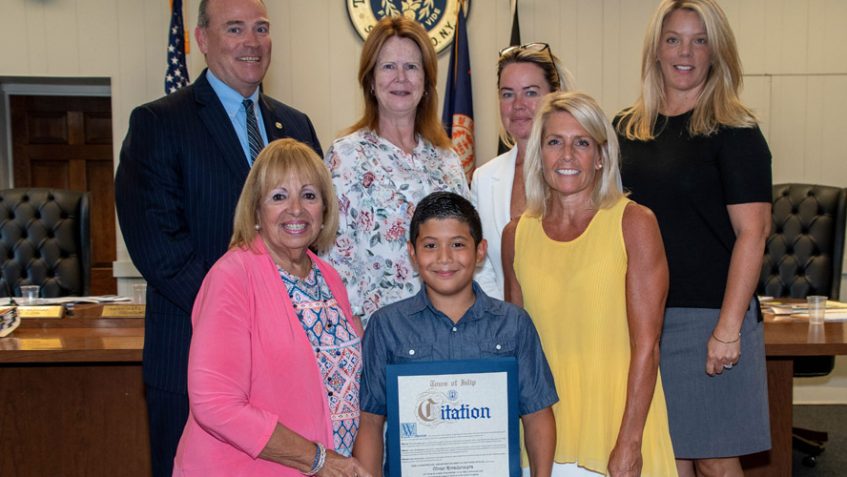 Islip Supervisor Angie Carpenter and members of the Town Board recognized at the August Town Board meeting, 10 year-old Oliver Rivadeneyra who for the past 5 years, has been selling lemonade and baked goods from “Oliver’s Lemonade Stand” outside his Islip Terrace home.

“Oliver is a selfless and unique 10 year-old, who in his meaningful way, saw an opportunity to have a real impact on the mission of St. Jude Children’s Hospital, which is to advance cures and means of prevention for pediatric catastrophic diseases. Oliver is a shining example of the goodness here in the Town of Islip,” said Supervisor Angie Carpenter.

Since 2015, at the end of every summer, Oliver donates the proceeds from “Oliver’s Lemonade Stand” to St. Jude Children’s Hospital. To date, he has donated more than $10,000.